When the band started making some money following the success of Alive! Ace indulged some of his fantasies and bought himself an expensive guitar: the Travis Bean TB1000S. At a 1975 price of $595 it was probably the most expensive guitar Ace had owned at that time. (Compared to the $710 that a brand-spanking-new Gibson Les Paul Custom would have set you back in 1975 it was still an OK price but far from inexpensive.) All of Ace's previous guitars seem to have been bought used but Travis Bean had only set up shop in 1974 so chances are that the availability of the TB1000S on the used market was fairly low. The fact that it is a TB1000S can be seen on the fret inlays which were dots on the TB1000S but block inlays on the higher-priced, but mainly aesthetically different, TB1000A.

Although not quite as strange a beast as the all-aluminum Veleno, the Travis Bean was nevertheless a very interesting construction (and "a significant improvement over the current state of the art" if we are to believe the company). The neck was a single piece of machined aluminum extending into the wood body, and the bridge and pickups were mounted directly onto the neck piece. (The pickups were actually mounted on allen screws through the back of the neck piece rather than from the front.) The wood fretboard was mounted on a slim aluminum plate that was then bonded to the hollowed-out neck. [1] The neck unit slid into and was epoxied to the wood body. Hardware varied depending on availability and tuners could be either Schaller or Grover and the switches were whatever was around. Originally the knobs used were Gibson black speed knobs but Gibson eventually decided not to sell to a competitor and later TB1000's had clear knobs instead. Ace's TB1000S clearly had black speed knobs. Although the tuning pegs aren't easily identified I'm going to stick my neck out and say that they are Grovers, with their more rounded look, rather than Schallers.

The TB1000S turns up some time in December of 1975, there are pics from December 29 and 31, and it seems to have been used mainly for encores. [2] From the picture and video evidence the TB1000S didn't last very long and Ace was very upfront about why: "I remember using my Travis Bean just once , in Seattle. For some reason I think I remember using it in the song Kissin' time. […] The Travis Bean sounded like shit, it sounded like a metal guitar. Guitars should be made out of wood." (GTRTW 1996) [3] The Kissin' time reference is probably just another instance of Ace's rather foggy memory, the only verified performances of that particular song were during May and June of 1974 according to the KISS FAQ, and although KISS did play Seattle on May 25, 1974 the Travis Bean was nowhere near Ace Frehley at that time. The damning judgement on the sonic quality (and possibly the cold neck, a complaint of several players) was probably what led to the short tenure of the TB1000S. It seems to be gone after January (unless Ace at least got the city right in the quote above, KISS played Seattle, WA on February 13, 1976) and only shows up in one pic in the 1977 Music Life special after that. [4]

[1] This one-piece construction was the heart and soul of the entire philosophy behind the Travis Bean. As the brochure for the TB1000 says "the precision-machined […] one piece neck assembly of the Travis Bean […] provides an ideal anchor for each end of the string, allowing it to vibrate absolutely as long as physics will allow."

[*] Some online mentions of the TB1000S claim that the body was made of Magnolia with the option of a Koa body available at an extra cost. However, technical information supplied by Bill Kaman in 2001 (and available on the Travis Bean Guitars Unofficial Guitar Resource) claims that all TB1000S's were made out of Koa until the reorganization of the company in 1977. The one piece of hard evidence available, a TB1000 brochure of indeterminate year, states that the body is Koa.

[3] One might wonder why Ace tried not just one but two aluminum guitars during 1975 if he was so sure that guitars were supposed to be made out of wood. 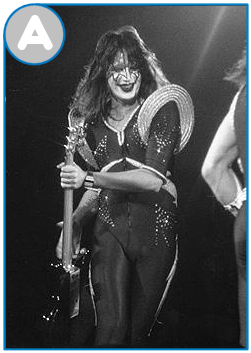 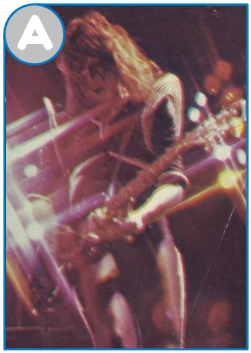 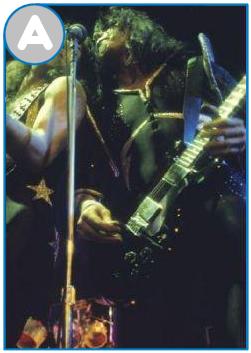 [4] Ace the guitar collector seems to have been born around this time as he evidently kept most of his guitars, even the ones he supposedly disliked.